1xRun: Let’s talk about Alchemic Bloom, is the original still for sale?

Beau Stanton: The original is an 8×12 foot mural painted on wood using acrylic paint and collage.   The original is still available, for pricing please contact Street Culture Mash or 323East.com.

1xRun: When was Alchemic Bloom drawn/created?

Beau Stanton: I made this piece while in Detroit in January as part of the Woodward Windows project downtown.  It was a really good time even though the vacant storefront I was working in didn’t have heat or proper lighting.  I felt like I was making something in a post apocalyptic future. I wanted to make the mural very specific to Detroit so I incorporated design elements I found on my previous trip to the city including the ceiling pattern from the Guardian building.  Ideas of growth, rebirth, creation, and progress all contributed to the imagery I choose to combine into the end result.

1xRun: Let’s talk about some of the materials you printed on or had drawn with for this piece.

Beau Stanton: First I designed the overall composition by collaging patterns that I hand rendered in ink then blew up on a large format plotter.  Next I applied transparent layers of acrylic paint over the entire piece then drew out the tree, gears, and anatomical elements.  Last, I proceeded to render out everything in opaque acrylic paint.

1xRun: Tell us how the idea and execute on of this piece came about?

Beau Stanton: About four days.  One day to design, three to execute the mural. This is the largest moveable piece I’ve every made (not attached to a wall or building).

Beau Stanton: This print is extremely unique, only ten of each color way, hand screened tree element using a blend from blue/orange/or green to black. Adding even more variation, each print is then hand embellished with transparent acrylic paint making each individual print a unique work.

Beau Stanton: I’ve been into drawing and painting since I can remember and it’s been a constant part of my routine ever since.

Beau Stanton: No idea, but there was definitely a stylistic evolution that lead to my current aesthetic.  The first piece I made in this style was Crimson #1(below.)

Beau Stanton: I remember renting a library book on Da Vinci in elementary school which was my first real inspiration.  This led me to get really into other Renaissance artists and peaked my interest in classical drawing and painting.

Beau Stanton: I’m definitely influenced by the design sense of the Aesthetic and Arts and Crafts movements of the late 19th century.  I source a lot of my patterns from design elements from that time.  I’m also a sucker for Art Nouvea and Deco.  Artists that inspire me vary but lately I’ve been really into Vermeer, Alphonse Mucha, Da Vinci, Renee Magrite, and Andrew Wyeth.

Beau Stanton: I listen to a an eclectic mix of music but Tom Waits is usually my go to.

Beau Stanton: Tom Waits.  My visual aesthetic has been highly informed by his music and I have always wanted to translate what he does in music into visual form. Beau Stanton: I’d like to work with some master stained glass craftsman who worked in the Tiffany Studio the 1800’s.  These guys were creating some really incredible work that seems to be a lost art today.  I’ve been really wanting to translate my work into stained glass for a while. 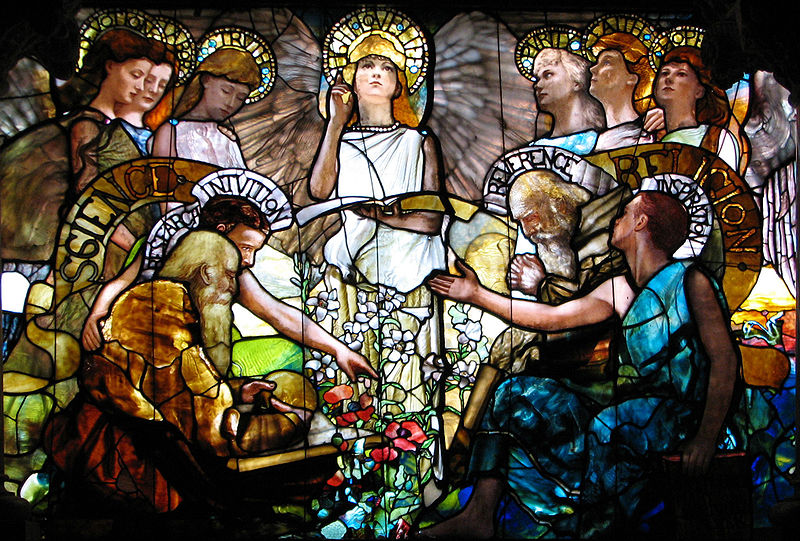