David Soukup started his career working as a spray paint stencil artist living and working in Chicago, IL.  Gradually he has incorporated new techniques and evolved his process and ideas.  Having built a reputation as one of the most detailed stencil artists working today, Soukup is no stranger to finger-numbing precision and perfection.  At first glance, his work may lead you to believe it’s is a digital transfer or electronic print-out, but on closer inspection, you’ll see what makes David’s work so special: the details.   Read on for the 1xRun Thru Interview where David talks about his first screenprinting experience and the amount of detail involved with his latest Runs of Metropolis No. 2 and No. 3. Check out both Runs as well as a packaged discounted Run with both at  1xRun.com

1xRun: What materials was Metropolis No. 2 & 3 printed on/drawn with?

David Soukup: Original piece was created with 3 layers hand-cut stencils, sprayed painted on wood.  Multiple layers of acrylic, latex, and enamel were used to create a depth and texture in each piece’s background.

The print was made with 100lb Cougar Cover paper and 3 layers of hand-pulled ink.

David Soukup: Each painting is produced by a precise layering of stencils, meticulously cut by hand, and applied using layers of spray paint. 2 out an edition of 5 paintings are still left.  Contact me directly if interested.  Check out my website for details.

1xRun: When were these pieces drawn/created?

David Soukup: These pieces were originally designed for a show I had in Long Beach a while back.  I was working with the idea of how buildings, places, and space relate to each other in the urban environment.  I’ve always been fascinated by cities and city life in general, and focus on that in a majority of my works.  These pieces were collaged digitally, and then stenciled by hand.  I’m always trying to do whatever I can to push the stencil medium and see what can continue to be done.

1xRun: Talking specifically about these Metropolis prints is there anything immediate you would like us to highlight ?

David Soukup: When I was first contacted about doing prints, I knew I wanted to do them from the Metropolis series.  They were the most fun to create, and I thought they would translate best into prints.  Stencils and screenprinting are two very similar mediums, and I’ve been told by many people that I’d find screenprinting something I can relate to.  I’ve always been one to want to learn how to do something, as opposed to having someone else do it for me.  These prints are my first ever attempts at screenprinting, and I hand pulled, registered, mixed the inks myself.  Outside of 1xrun selling these prints, nobody else was involved in the creation of them, so they are very personal to me.  Learning how to screenprint was something I always wanted to do, and am very happy with the results.  With everything, there is a learning curve, and I went through many proofs and tests, before I was 100% happy and ready to release these prints.  I hope that anyone collecting this, appreciates the time put into them, and the extreme attention to detail.

1xRun: Tell us how the idea and execution of Metropolis came about?

David Soukup:  When I made the decision I wanted to do screen these myself, I began the frustrating process of learning the different steps involved.  I was lucky to find a shop a few blocks from my house that would let me work there.  Having seen so many other prints, and following the careers of other great artists and printmakers, I knew I wanted to use the best supplies and techniques possible.

Each layer of the ink was color matched to the corresponding spray paint color that I used for the piece.  Despite the fact that there is a difference between the two mediums, I wanted them to feel as similar as possible.  There is a connection between how both processes work, and it was an easier jump for me to understand how each worked.  I also wanted the silkscreen to feel like a painting.  When compositing each layer, I worked with the digital version and the actual painting itself.  I wanted it to have the same effect and feeling, and I was able to bring in the texture that the original had, as well as being able to bring more to the print.  When looking at these prints, I intentionally left areas open in previous layers, to build that texture and detail between each layer.

1xRun: How long did these pieces take?

David Soukup: The screening process was rather quick, but the learning curve wasn’t.  In terms of the original work, somewhere between 50-70 hours.  Most of my stencils take around that time, and although some people might go crazy, I use it as a form of meditation to relax at the end of a day.

1xRun: What is unique about these pieces?

David Soukup: When I looked into doing something different with each piece, I wanted to make sure that I wasn’t being careless or taking away from the original.  I love hand finished works, but only when it adds to the final product, and in this case I thought I would distract.  Plus I wanted these pieces to show off the quality of ink, and relied more on the printmaking process to showcase that.  Instead, I mixed the inks to the same colors as spray paint, and throughout the run, added more clear, white, or black (depending on what color) to vary the ink between each run.  Between 2 pieces it may not be noticeable, but between the beginning and end of the runs, it will be.  I also learned to print with some of the best archival ink in the business, and each one of these pieces has a lovely satin finish. 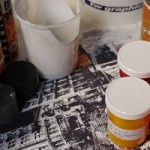 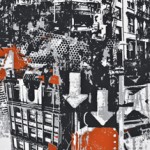 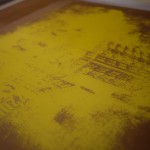 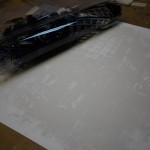 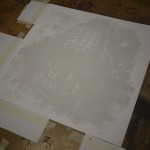 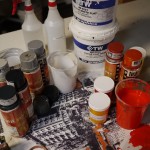 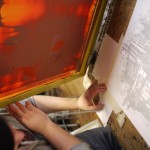 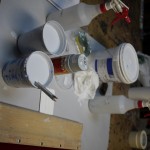 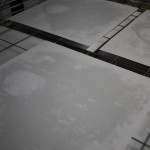 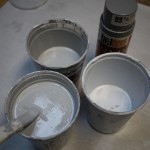 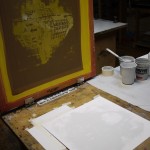 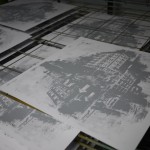 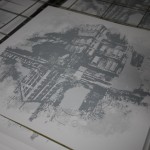 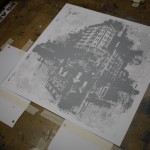 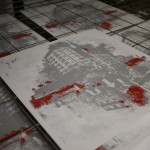 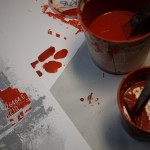 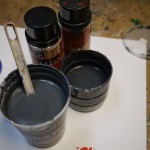 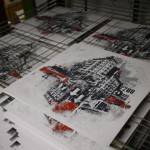 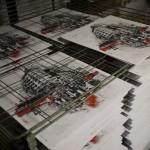 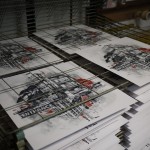 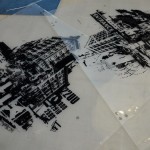 David Soukup: I’m planning a few group shows this year, and really concentrating on getting back to creating some amazing photo-realistic works again.  I’ve been experimenting with different approaches and inspiration, and in the past few months, took a break from cutting stencils, and starting taking more photographs and learning new techniques.  I hope to bring these ideas and methods to my new work.

David Soukup: I’m really excited about these two releases with 1xRun, and cannot wait to get them into collector’s hands.  I’ve been working hard to create these prints for over the past 2 months, and I’m incredibly happy with the final product.  I also wanted to make something affordable for fans and collectors, and was really happy that 1xrun allowed me to do just that.