“Tilt is an internationally recognized traditional graffiti artist, originating from Toulouse in South France.  A self declared “graffiti fetishist”, he learned his trade in the streets and on trains as a youngster.  In the time since he did his first tags on a skateboard ramp back in ’88, his ensuing career has been nourished and influenced by extensive travel.  Inspirational journeys have seen Tilt exhibit and leave his mark as far and wide as the U.S.A, Hong Kong, Japan, Mexico, Thailand, Australia, New  Zealand, Laos, Taiwan, China,  Canada, Philippines, Indonnesia, Maldivians and in excess of 12 countries throughout Europe.

Tilt  published three books of his art and photography title  “Egodrips”, “PhotoGraffiTiltism” and “Fetish Bubble Girls” . He is now working a lot on this project, shooting girls all around the world and painting on them. He  is planing heading on more tours and of course painting murals and wallpieces. Enjoy Primitiv Graffi” – TILT

1xRun: Let’s talk about your upcoming Mario Bros. series we’re releasing here at 1xRUN. What was the first Mario game that you played?  Which Mario game was your favorite?

Tilt: I got my first Donkey Kong game and watch when I was a kid. My auntie used to work in a toy shop and stole everything that was cool and small. Today, I have a big collection of games and watches and I still love them.

1xRUN: What materials were these originally drawn with?

Tilt: If you talk about the originals paintings, I did them with an acrylic back ground to have nice drips and a dirty effect, then all the letters and the inside of the characters are spray painted and the outlines are made with Posca markers.

1xRun: Are the original pieces still for sale?

Tilt: Only Wario which is the last piece I did. The 3 others are in Switzerland, where they were bought by the same collector.

1xRun: When was each piece drawn/created?

Tilt: Mario, Luigi and Peach have been done since April 2011 for a show in Hong Kong with Ceet, Mist and Kongo.

Tilt: I love to paint figurative stuff with my letters and I realize my work is talking more and more about my past. Like I said I am a big fan of Nintendo games and watches, and Mario is of course the most important character if you want to talk about the 80’s. He also got my favorite colors, blue, red and yellow, so it was obvious for me to paint him one day. Then the family followed.

1xRun: How long did each piece take?

Tilt: I would say 3 days but I work on several piece at the same time

Tilt: This is a real series (and except if the Swiss collector decide to buy the Wario piece) there is no way those four works could be together.

Tilt: Because they’re nostalgic, because they like my bubble letters or maybe just because it talks to them in a way.

1xRun: Describe these pieces in one gut reaction word.

Tilt: I started doing tags on skateboard ramps in 1988 with my crew SSN, Skate Speed Nation.

Tilt: My real first piece was “Til-Ber” for Tilt and Tober, my best friend. It was in the basement of my parent’s project.

Tilt: At that time I was really inspired by the classic New York writers like Dondi, Seen, Skeme, Cap for his throw ups but also Vaughn Bode.

Tilt: My best friend Tober is also a musician and Benji my other friend I work with in my studio is a sound maker so I listen most of the time to their selection so it goes from the Clash to the Beastie Boys.

Tilt: I did some paintings with OsGemeos but it was always really classic graffiti by day or night but I d love to do a real collaboration with them on a giant wall or maybe an installation. I really appreciate their work but most of all I like their attitude and good vibes.

Tilt: With no hesitation… doing a whole car with Dondi. Tilt: I bought a picture of a girl walking in high heels, a beautiful black and white photo that I still have.

Tilt: A Todd James print that I love and that I got in L.A for Art in the streets. 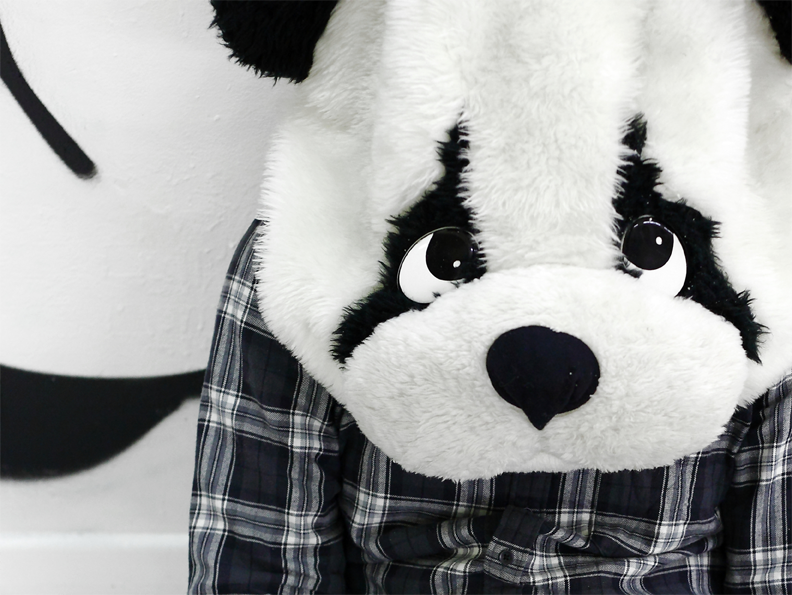